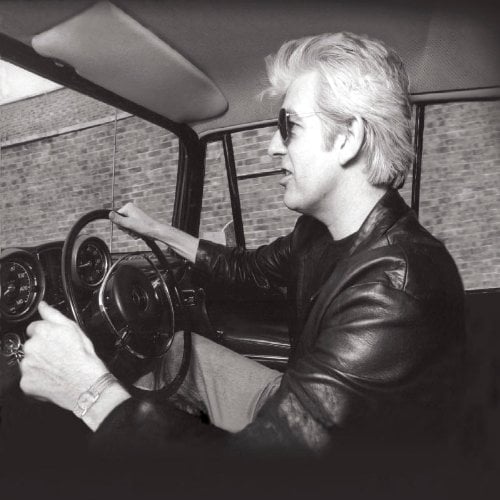 Nick Lowe's triumphant return to the indie world back in 1994 was marked by the release of the critically
acclaimed The Impossible Bird by Upstart Records. With the overall excitement that followed the release,
it was evident that Nick's music had taken a slightly different twist on the road to a more mature tone and stripped down musical arrangement. And although it was unknown at the time, Nick's next two records Dig My Mood and The Convincer would travel the same road, achieving greater results and success with each effort. These three records always represented a kind of trilogy to Nick and now for the first time, all three are being packed together in a very limited edition 'Brentford Trilogy' box set for hardcore fans and new believers alike. In this package is a new book with extra photos and a new interview with Nick by Paul Gorman. The three CDs and booklet are encased within a handsome box which is open on one end to reveal the individual spines of each record. On the cover, there's a great photo of Nick from the period. Inside is an essay by Nick himself talking about why he considers these three records to be a ''trilogy.'' Many fans consider Nick's later period of work to be his very best and of course we agree. Nick Lowe is the man. Follow him and discover his subtle greatness. Set includes: "The Convincer", "Dig My Mood", and "The Impossible Bird"