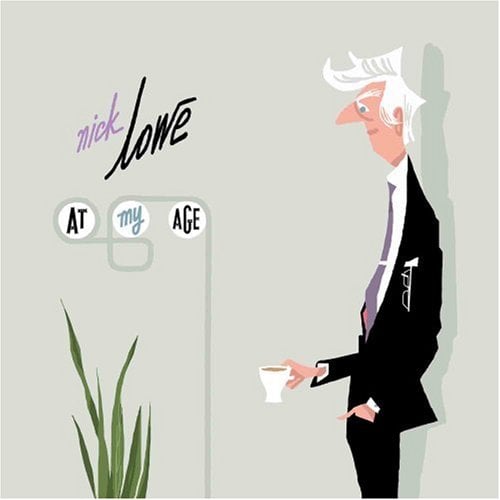 NICK LOWE "AT MY AGE" CD

Blue eyed soul? You don't even know the definition until you've heard the sweet smoke of Nick Lowe's trademark croon. Now, later in life, Lowe's rootsy, grown-up soul has risen to the surface of what was a cracked and stripped down artistic aesthetic in the late seventies when he produced records for Elvis Costello, The Pretenders and influential British proto-punkers the Damned. During his years as house producer for Stiff records Lowe's oft-copied rough hewn production style set the stage for the D.I.Y. philosophy of the punk revolution. Sublimely aged in a solid oak barrel, At My Age showcases Lowe's perfection of his own unique brand of soul-soaked country pop, resulting in an album as refined and perfectly distilled as he is. Lowe's convention-breaking phrasing shines backed by gorgeous sixties Memphis-style horns and tastefully subdued guitar hooks. At My Age displays, with Nick's signature polish, the sublime, linear connection between country, rhythm and blues and rock 'n' roll. So, grab a drink, a smoke and hear Americana done right... by a Brit. Digipak.